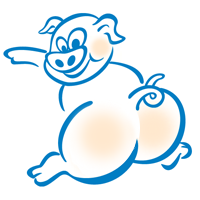 I ran this race in the snow, slush and ice last year, with a slipped SI joint and loved every minute of it. Club Fat Ass officially calls it a ‘fun run’ but good luck telling that to the first dozen or so of us to finish this year, including the early rabbit, Ryan Conroy, who took off from the start like he had a bus to catch. The rest of us in the chase group — Ryne Melcher, Sammy Lotfi-Pour, Dario Herrera, Mike Palichuk and I — settled back for the ride and enjoyed the company while Conroy stretched his lead to an incredible five minutes by the time we hit the Kintec aid station at Spanish Banks. Further back were the likes of CFA50k record-holder and all-round endurance stud, Gary Robbins, just out for the middle fifty in a 70k training run he was doing to prep for the HURT 100-miler in Hawaii later this month, Tim Wiens, making an attempt to become the first person to ever complete the Double Fat Ass 100k, and CFA Chair, Ean Jackson, running his 100th ultramarathon. Sammy and Ryne have both represented Canada internationally at the 100k distance, so ‘fun run’ or not, we had a competitive group out. It was soggy, but compared to last year, felt like a summer’s day out there… okay, not quite.

I’ll try to say a little more about the race later but for now, check out the official report on the Club Fat Ass site.