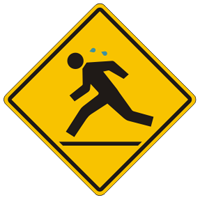 Running 100 miles in a week is child’s play… if your child is really messed up.

I had never been close to running 100 miles in one week, but somehow I just did it. For the past couple of years, I have considered it a good week if I hit a hundred kilometres, but since my main focus this summer is my first 100-mile race, I know that I’m going to have to up my mileage significantly from what I’ve been used to running while training for marathons. Sure, I know that big-time ultrarunners and professional marathoners regularly run 100-mile weeks, but I’ve never been close enough to that amount to really wrap my head around how a person is able to do it, especially if that person is trying to work full-time, take their kids to and from school and do whatever else it is people do when they’re not running.

Last week I hit 100 miles for the first time and for some reason it didn’t seem nearly as difficult as I thought it would be. Here’s how it added up:

Sunday – Ran with my Running Room marathon clinic. I put together a 23k route that covered a sizeable chunk of the BMO Vancouver Marathon route which finished up with the part of the course that loops around Kits point. As it turned out, while almost completing the loop at Whyte with my 3:45 pace group, I spotted the 4:00 group beginning the loop on Cornwall, so I bid the 3:45 group farewell and and ran the loop with the 4:00 group. As they approached Whyte, I spotted what I thought was the 4:15 group, said good-bye and charged after them… only to find out it wasn’t them. I banged off a quick loop and THEN spotted the 4:15 group as I neared Whyte for the third time and ran the rest of the way in with them for a total distance of 28.5k.

Add my run to and from the store and my total for the day was 30.3k

Monday – Had a bit of a creative block and wanted to do a little Olympic sightseeing, so I headed down past the Olympic Village and through downtown to the high security cauldron and around the Seawall before cutting into the trails at Lumberman’s Arch, back past the Lagoon and then home along Beach + Pacific and over Burrard.

Tuesday – Normally we’d hit the Point Grey track and do speedwork on Tuesday nights, but with our track-loving regulars attending Olympic events, Tim and I decided to lace up the NB100s, light up the headlamps and see how far we could get up the Cap in the two-hour window I had before I had to pick up my older daughter from Girl Guides. We only managed to get to the Fullerton Avenue Bridge, but it was a good run and we did pick it up enough on the way back that I’m telling the track guys we got in our requisite tempo workout.

Wednesday – Ran down to check out the taping of the Colbert Report near Science World, stood around for a few hours wondering how I was getting so cold on such a beautiful sunny day and then ran home for 6.6k. Ran to the bank + added a little bit back for 2.0k. Ran to the Running Room, did the Run Club route to the Denman store and back, and then ran to pick up my younger daughter from Brownies on the way home for another 12.6k.

Thursday – Hill night with my marathon clinic. The workout for the night was six repeats of King Edward Boulevard from Arbutus to Angus, a nice, runnable grade about 550m long. I had the fast guys chasing me the whole way so I couldn’t let up, and then did an extra rep to make sure everyone was doing okay.

Total distance including the run to and from the store: 13.9k

Friday – Ran to meet my business partners for coffee on Main Street and back: 5.5k. It was an incredibly beautiful afternoon so I had to sneak out and run the long way to Choices on 16th to pick up enough groceries to fill my backpack for another 11.9k.

Saturday – Feeling okay and knowing I was within reach of 100 miles, it didn’t take much to convince myself to join Tim on his Dirty Duo training run over on the North Shore. I’ve got the Chuckanut 50k coming up and haven’t run anything even remotely resembling a mountain trail since last summer, so when Tim said he was planning to run 33k on technical North Shore trails, I jumped at the chance to tag along. Of course, I initially misheard Tim and thought he said he was doing 36k which would easily get me over the 100-mile mark for the week, so as we approached the finish at Park and Tilford Mall and Tim glanced at his Garmin and told me we’d covered over 34k, I opted for an extra mile lap of the mall and up to Keith Road and back just to be sure. I didn’t want to have to run out for groceries later to make up the difference — especially after walking around downtown for three hours with the girls checking out Olympic sites. It turned out that Tim’s Forerunner was slightly off and the run was only 33.4k after importing the data into SportTracks, so it was a good thing I ummm… went the extra mile.

Of course, 100-mile weeks would be a whole lot easier to do if you just include the following week’s long run in the same seven-day period. So to make the 100-mile week legit, I had to get in my scheduled Sunday long run the next day, a task made only slightly more challenging by the fact I was filling in for my 3:30 pace group leader who was racing the Historic Half out in Langley that morning. My legs were a bit heavy, but the run went well and I got the group back, on target and without getting lost. Whew!