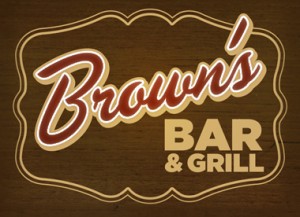 Preparing for Western States, my first 100-miler, I heard plenty of advice about the importance of proper hydration and nutrition all of which boiled down to eat and drink, early and often. Not exactly rocket science, but after disappointing results at my two 50-milers last year which I have since concluded were largely the result of poorly-executed fueling plans, I went into Western States with what I considered a simple but solid plan.

I’m not a particularly picky eater so I was prepared to eat primarily what was offered at aid stations and supplement with Honey Stinger chews and Shot Bloks when a craving hit. My race diet consisted mostly of gels and fruit — and might have included more grilled cheese sandwiches if there had been more aid stations offering them. I didn’t go out of my way to count calories, but as long as I got what I thought was at least 300 calories an hour, I was satisfied I was getting enough.

I rotated three bottles; I carried two — one with water another with a sports drink — and tucked the third into the back pocket of my Nathan vest. I had a bottle of Vega Sport before the race, started with two more and grabbed another Vega Sport from my drop bag at Mosquito Ridge. The rest of the time I drank Gu Brew refilled at the aid stations. I drank water with gels but usually doused myself with the water bottle… though I did douse myself with Gu Brew after Ford’s Bar when a volunteer mixed up my refill request.

In addition to regular food and hydration, I set my watch alarm to beep every half hour starting one hour into the race to remind me to pop an electrolyte capsule. I carried Endurolytes in a modified Tic Tac container. If I was close to an aid station when the timer went off, I’d grab an S-Cap from the table, and when I was down to two or three in my container, I refilled with S-Caps. At Foresthill I grabbed a new Tic Tac container of Endurolytes.

My crew chief and BRC dehydration expert, Tim, and I had had a bit of a debate the day before the race over the merits of Endurolytes versus S-Caps. Endurolytes have slightly more potassium (25mg to 21mg), which we understand helps with the absorption of sodium, while S-Caps have considerably more sodium (341mg to 40mg). I was confident in the Endurolytes and my ability to supplement my sodium from other sources, but I assured Tim that I would pop a few S-Caps on the way.

Typically when I’d get to an aid station, I would grab a gel or two, get two bottles filled with Gu Brew and the third with water, and pound back a few pieces of fruit — usually watermelon, cantaloupe or banana — or few pieces of potato. I grabbed the odd pretzel, chips or peanut butter and jam sandwich at a couple of stations, and later in the race, downed chicken noodle soup, broth, a quesadilla, and a fabulous homemade potato soup. I’m not a pop drinker and stayed away from the Coke, Mountain Dew, Sprite that volunteers seemed to be offering first, especially later in the race, and stuck with Gu Brew and water the entire way. I also skipped the candy, M&Ms, and licorice.

Battle of the Bulge

Western States requires runners to weigh in at so many aid stations on course that you’d think Jenny Craig was the race director, so I had a pretty good idea how the plan was working throughout the race.

My official baseline weight — in shoes — taken at the main runner registration Friday morning was a slightly disappointing 181.6 lbs and I weighed in at the race day check-in at 181.4 lbs. I say ‘disappointing’ because I’d been aiming to be down to 175 on race day, so even with my shoes off, I was only slightly below 180. At least there was no danger I’d been starving myself to get down to race weight.

I was right on 182 through the first two weigh-ins, but after climbing out of Deadwood Canyon during the warmest part of the day, I checked into Devil’s Thumb a fair bit over 185 lbs. Somehow I’d gained FOUR pounds over my starting weight?!?

“No wonder that climb felt so tough,” I said as I checked my pockets for rocks.

I had arrived at one of the two previous aid stations with one bottle untouched, so I was ordered by a volunteer to drink more. So I did. Then after coming in heavy to Devil’s Thumb, volunteers urged me to ease off the drinking a little and to skip a couple of electrolyte capsules, which I was still popping every half hour. I wondered if I was retaining water because I’d been taking only the sodium-heavy S-Caps since refilling my Tic Tac container at Mosquito Ridge. Then again, I’d also been eating like a pig and despite all the peeing, hadn’t needed to umm… take a more involved nature break. Perhaps that contributed to the weight gain?

I was still around 185 lbs at Michigan Bluff, but still feeling good and I was still hungry. I sauntered along the food table popping a piece of fruit from each plate until a volunteer offered me a small paper french fry tray to take some to go. That’s going to be trouble. I piled the dish high with melon, banana, potato and even strawberries. And topped it off with a quarter of a peanut butter and jam sandwich.

One of my favourite moments of the race came as I hiked out of the station, when a Spanish runner looked at my meal in horror and asked how I could eat all that fruit. Something may have been lost in translation, but it seemed he was lecturing me on the hazards of eating that much fruit… and then barely two minutes he later stopped and threw up. To each his own, I guess.

By Foresthill, my weight was back down to 182 and would remain so at each weigh-in the rest of the way. At the finish I punched out at 181.8 lbs, an increase of a whopping 0.2 pounds over 100 miles.

Foresthill was also where I picked up my pacer, Hozumi, and opted to go with two bottles and picked up a new Tic Tac container of Endurolytes.

As we ran, Hozumi regularly prompted me to eat and drink, and as much as I had kept on my fuelling plan without him, the constant reminders helped, particularly later on when my road running instincts told me to just ride out what I had on board. With ten miles left in a road marathon, I’m not usually thinking of eating, but the final ten miles of a 100-miler take a lot more time and calories even before you factor in the two sizeable climbs we had to face in the last five miles, so it was good I listened to Hozumi. Although it was pitch black out, it was clear that this was no piddly road race and that regardless of how few miles were left, it was no time to skimp on fuel.

With the exception of a couple of minor upsets — note to self: pass on the greasy quesadilla and maybe skip the chicken noodle soup next time — my stomach was rock solid. I certainly had my fill of gel and was surprised how much more sickly sweet than usual Gu Lemon Sublime tasted late in the race. My teeth even hurt by the end, presumably the result of hours in contact with all that sugar.

I think I did a lousy job of refueling immediately after the race and would definitely plan for it a little better next time. I had water but didn’t see a whole lot that looked appetizing on the table at the finish line. My stomach turned quickly afterwards and soon I felt a little sick. Looking back, I should have had a Vega shake in my finish line bag. The guys brought me a hot dog at the finish line, having heard ad nauseum how much I enjoyed the hot dogs at Gary Robbins’s aid station while pacing Tim at Fat Dog last year. Unfortunately it didn’t go down nearly as well, though on the plus side, at least it stayed down. I must make a note to the crew for future reference, to hold the relish on future finish line dogs.

I’m satisfied that my fueling and hydration plan was a success. My weight and post-race blood test seem to support that. At a pre-race seminar, Western States veteran, Craig Thornley, guaranteed the competitors in the audience that we would throw up during the race. I had no stomach problems and didn’t experience any of the really challenging mental lows I have in the past which I have since attributed to low blood sugar. I had hoped for a few more exotic offerings at the aid stations — Bruce Grant‘s turkey avocado wraps and olives, anyone? — but maybe it’s a good thing I wasn’t tempted to push my luck.