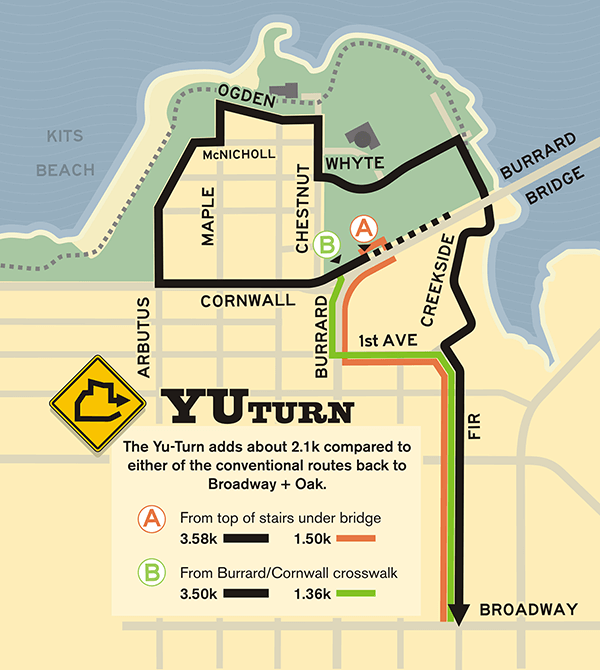 I like to be as prepared as possible for a marathon so when I taught the Running Room marathon clinic for the 2010 Vancouver Marathon, I had my runners cover as much of the course as possible. One section I got them to hit a lot was the loop around the streets of Kits Point which begins on Arbutus around the 23-mile mark of the race and continues past the Burrard Marina and under the Burrard Bridge to Creekside. With a short kicker of a climb and the series of zigs and zags it’s an irritating part of the course to hit so late in a marathon so my plan was to have everyone run it so many times they could do it in their sleep… just in case that happened to be the condition they were in when they reached it on race day.

In addition to preparing the clinic mentally for that part of the marathon, the Kits Point loop adds about an extra two kilometres to a run when compared with the usual routes back from Burrard Bridge to the Running Room on Broadway.

I recently discovered that Alan Yu really bought into the idea of the extra loop and continued to add it to almost all of his runs well after Vancouver, so I decided to dedicate the extra loop to him and call it the Yu Turn.

The Yu Turn: for those times when 20 miles just isn’t far enough.