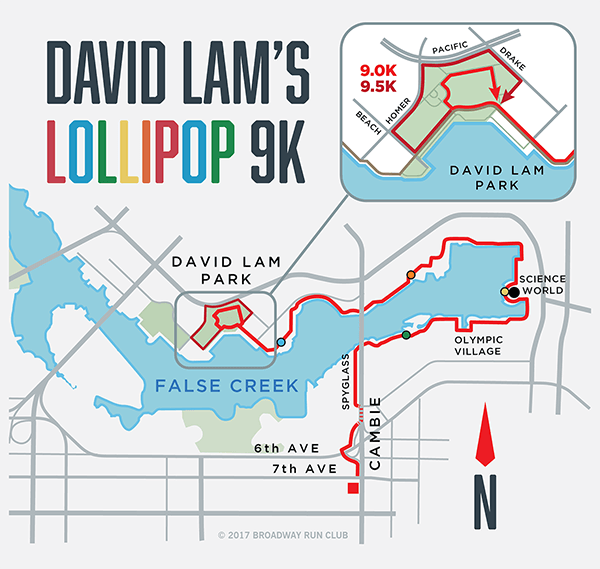 David See-chai Lam was the 25th Lieutenant Governor of British Columbia from 1988 to 1995 and the first Chinese-Canadian to serve the role anywhere in Canada. Today, a park on the north side of False Creek between Homer and Drake Streets bears his name. David Lam’s Lollipop is a 9-kilometre route from the Cambie Running Room to the park and back. The standard route includes a loop of about half a kilometre that follows the path clockwise around the park’s main open green space, but you can make your lollipop as big or small as you want — you could even run multiple loops to get that swirled, lollipop effect! Or just get dizzy.

NORTH on Cambie, under the bridge to Spyglass — RIGHT on False Creek Seawall — follow Seawall Path around the metal bridge in Olympic Village and along the water side of Science World — continue to David Lam Park — do a loop in or around David Lam Park and return the way you came
Click here for David Lam’s Lollipop 9k on RunGo